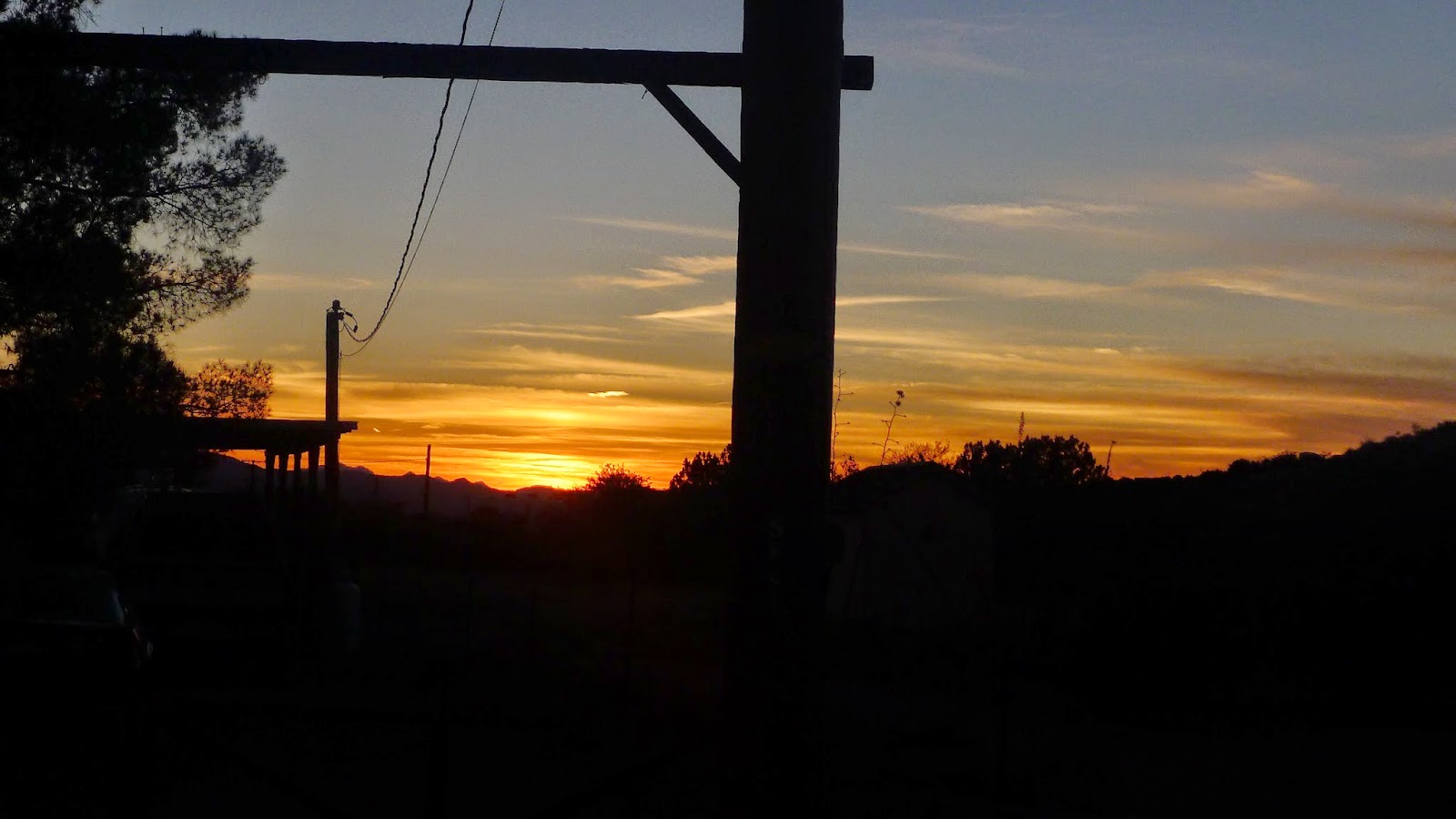 Walking to the post office to have my mail forwarded when I leave, I saw a yellowish snake crossing the street sporting a tiny rattler. The snake was about 60 cm long or two feet. I ran to the bar calling Dave, Dave there is a rattler crossing the street!
Dave is a cook, so he grabbed a big pan and hit the snake on the head. That however, funny as it looked, did not  kill the snake who now got mad. I heard the tiny noise of the white rttle ending in black. Dave then grabbed a sizable rock, dropped in on the snake's head. Why? rattlesnakes are territorial, so you don't  want one install itself in your backyard, or next door. Of course they are a useful member of the desert population eating mice and such. Their bite small as the snake  may be, can be very dangerous. I don't know what kind of rattlesnake it was. It did not have a greenish hue, so maybe it only ad one type of poison rather than two like the Mojave greens who are really dangerous.. One poison will eat away the skin and the other swells the limb up that was bitten en can cause neurological damage I was told. Did I take a picture? No! Am I going back for a picture of a dead snake? No! And no! The head remains poisonous after the snake dies. The snake crawled into a yard of a house where nobody lives; So no one should get hurt by the young snake's premature demise. The heat of the asphalt must have drawn the cold blooded animal out of hiding Was it necessary that this happened? In what book? In whose rhyme and reason? The encounters with snake in the desert on a warm day will happen again and coincidences of meeting will occur at random, it is a possibility. Yes Emily Dickinson, we all live in possibility, always remembering to gather paradise. But paradise without a snake, what meaning would that have had for humanity? The shadows have stopped in the tree covering the shimmering air over the asphalt.
This happened just now -
Did it really happen? Is this part of a biography?
And then I saw a tarantula 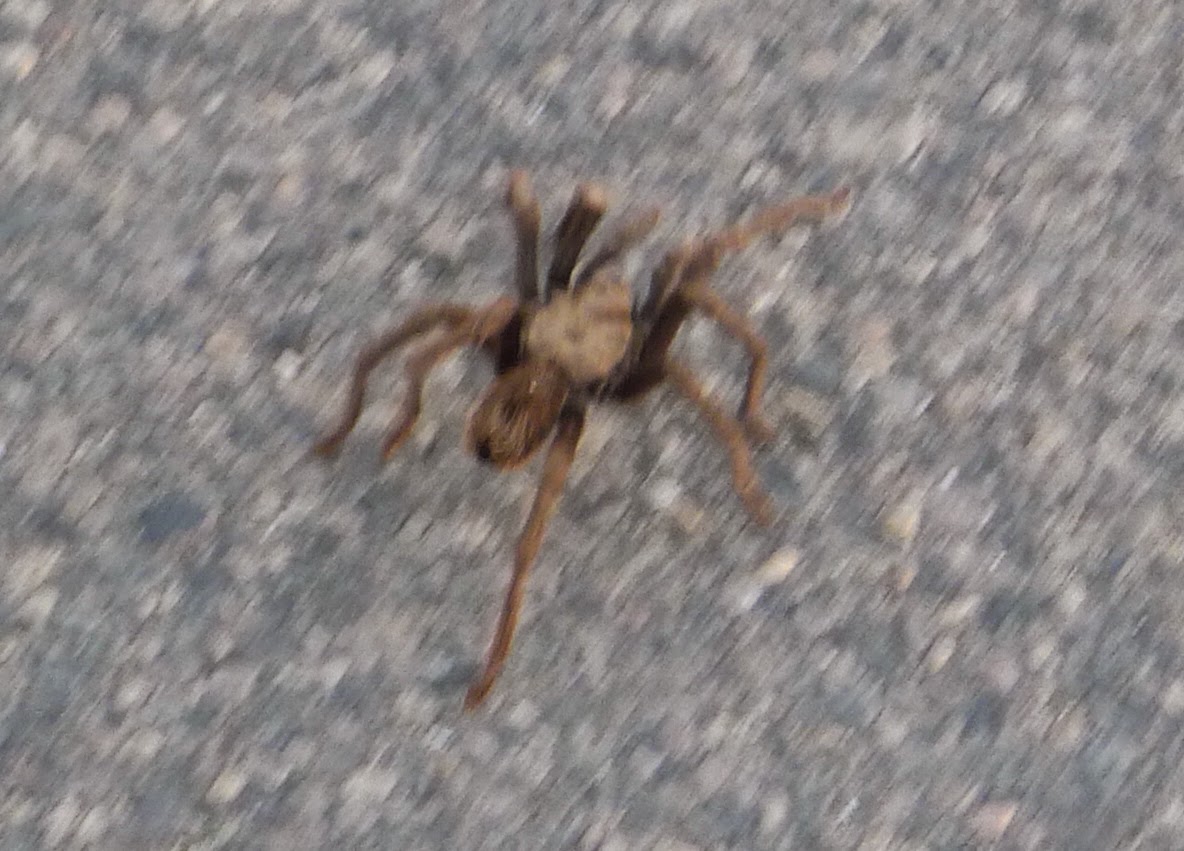 . Then I took a picture of it scurrying away alive and well.
Posted by Tumbleweed at 3:29 AM