Opening night at Brass in Brussels 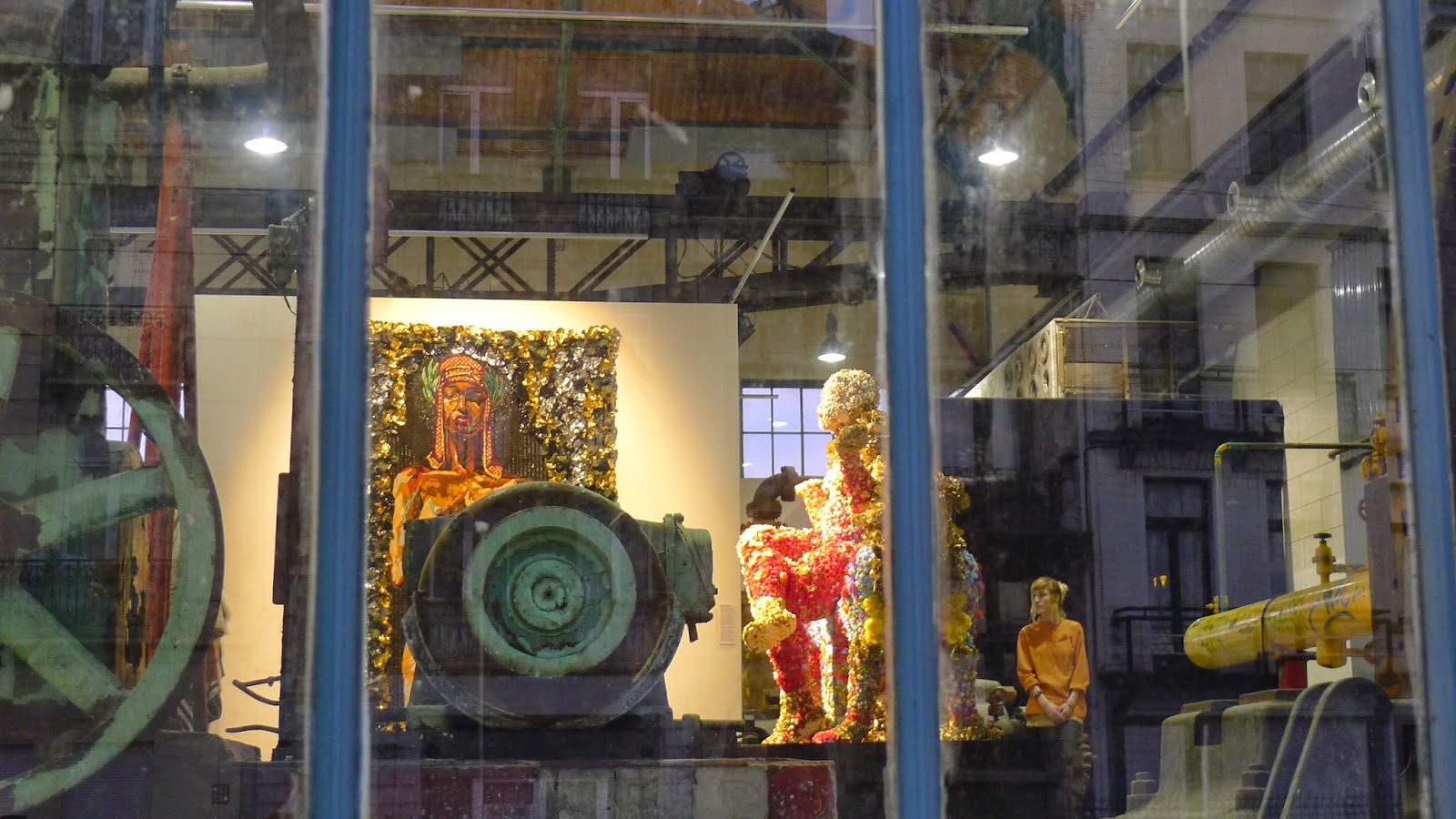 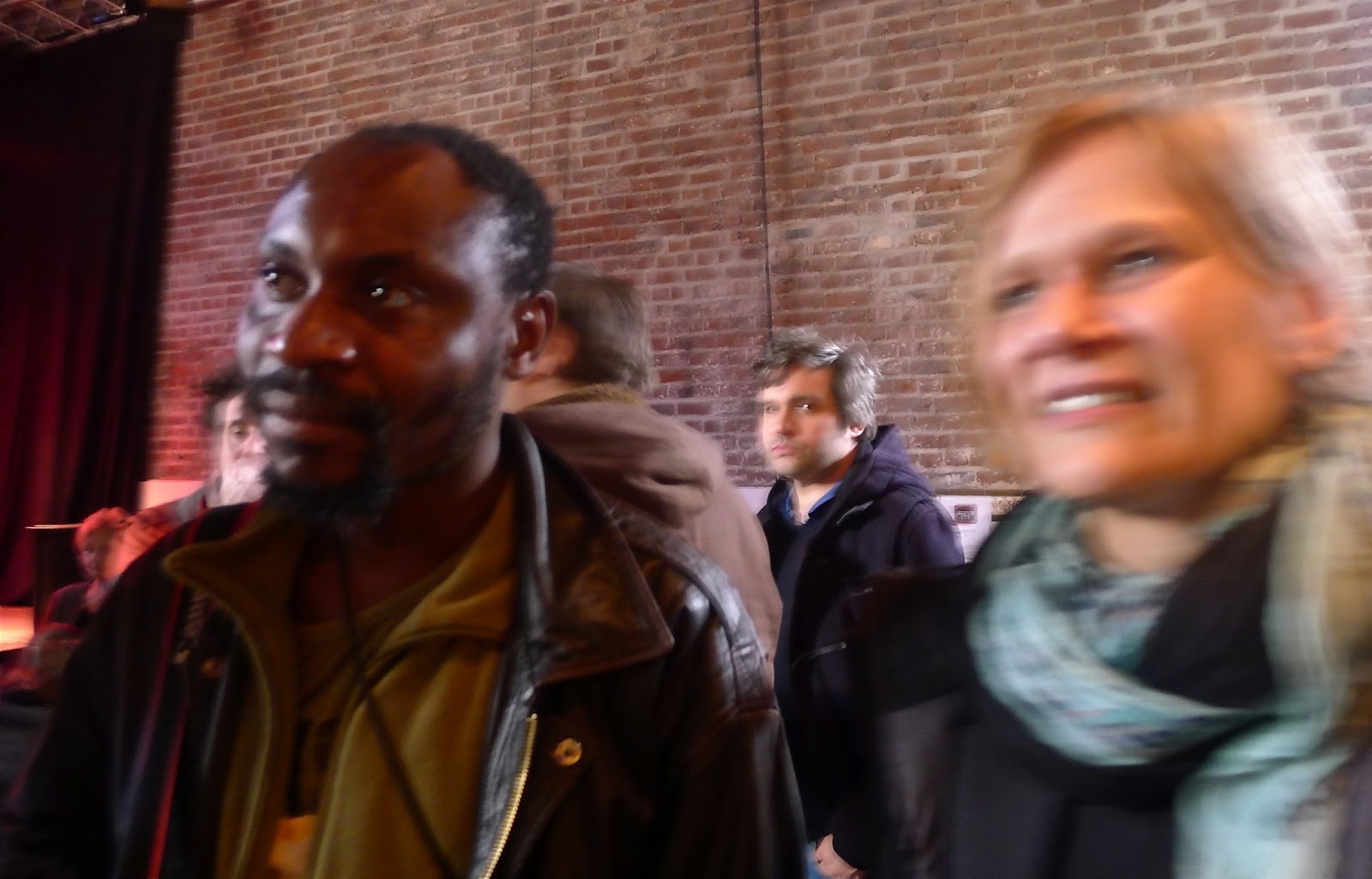 George Senga is a philosopher working in Lubumbashi. He was one of the people invited to show their work. The place itself has a special kind of magic: part of the old industrial aspects have been  kept as they were, and the real Restoration has made the building interesting for shows, performances, video art and just friendly gatherings of people. I saw video projections on a canvas through which you a body thus in fact projecting on a vague body. George Senga has a series of pictures with the spitting image of Patrice Lumumba. A slender man who realized his likeness and started wearing his hair like Lumumba, his jackets are alway a bit too wide in the shoulders... This is a strange way of questioning what would have become of Patrice Lumumba if he had not been killed. Would he have gone on and be the teacher to the people, would he have been "recuperated" by power and/or possibly by money... In the picture below
Patrice Lumumba is on the right and the double

is on the right. I like this questioning of historical figures. There were many performances and installations, works in chalk which seem very vulnerable...  I love the erased words..., creating a new meaning by omission.
It was a beautiful and pleasant evening and a pleasure to get to know the African artist Georges Senga. 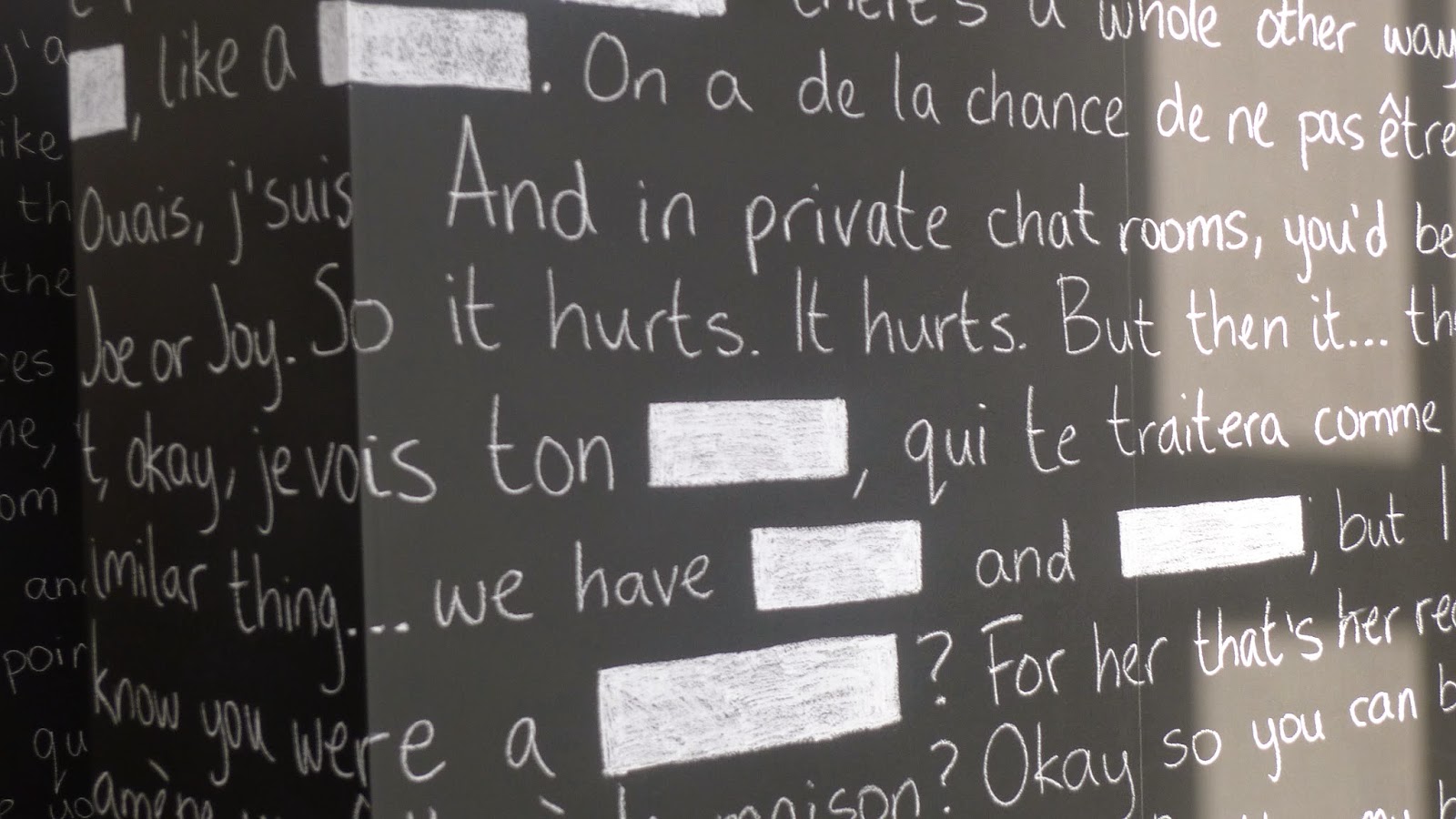 Posted by Tumbleweed at 8:13 PM