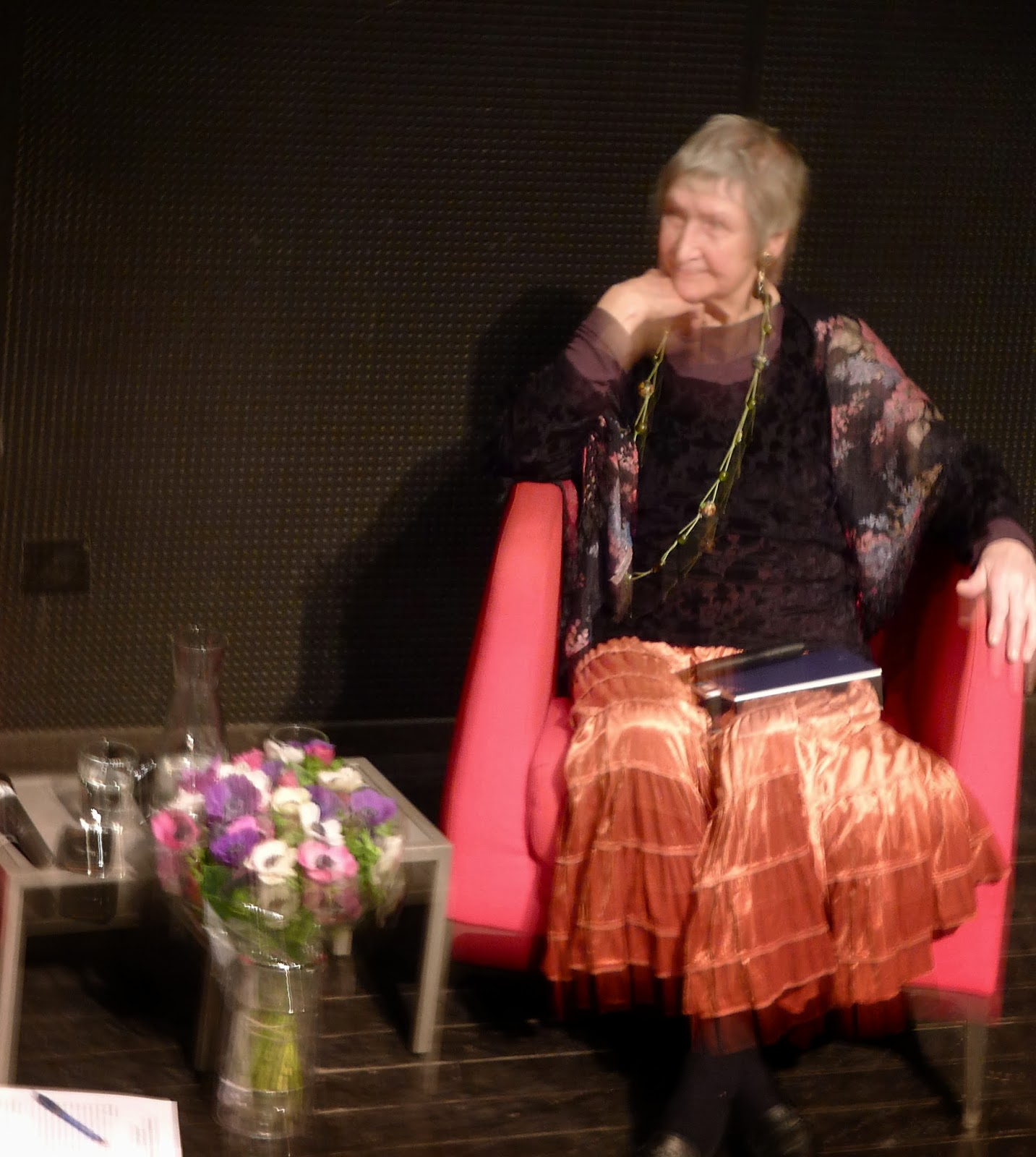 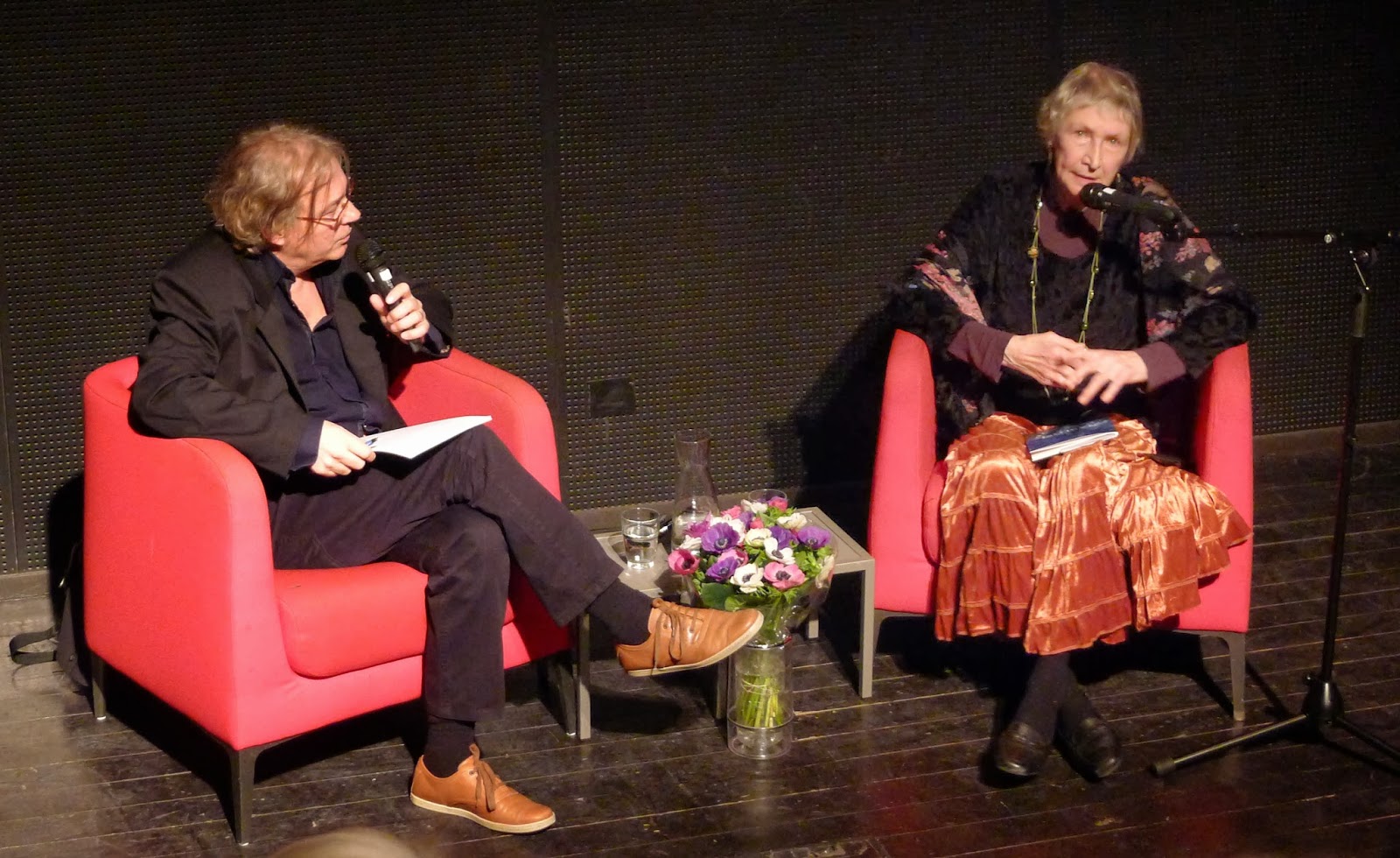 This post is a little late, almost a week after the facts. As an interviewer of writers Johan de Boose is just great. He researches thoroughly and digs up interesting information. I remember it happened when he interviewed Marleen De Crée and now again with the interview with Lucienne Stassaert. I have known both authors for a very long time and yet he managed to surprise me. He reads thoroughly, and asks sometimes difficult questions. Of course the bio is dealt with: Lucienne started out as a musician, even participated in the Queen Elizabeth Competition. Yet it was her fathers dream, not her dream. She gave concerts till in the late sixties and then gave her piano to her daughter who is a singer accompanying herself on the piano. Lucienne now paints and writes prose, wrote radio plays, she translates and writes mainly poetry.

As Dickinson would say:

I dwell in Possibility -
A fairer house than Prose - 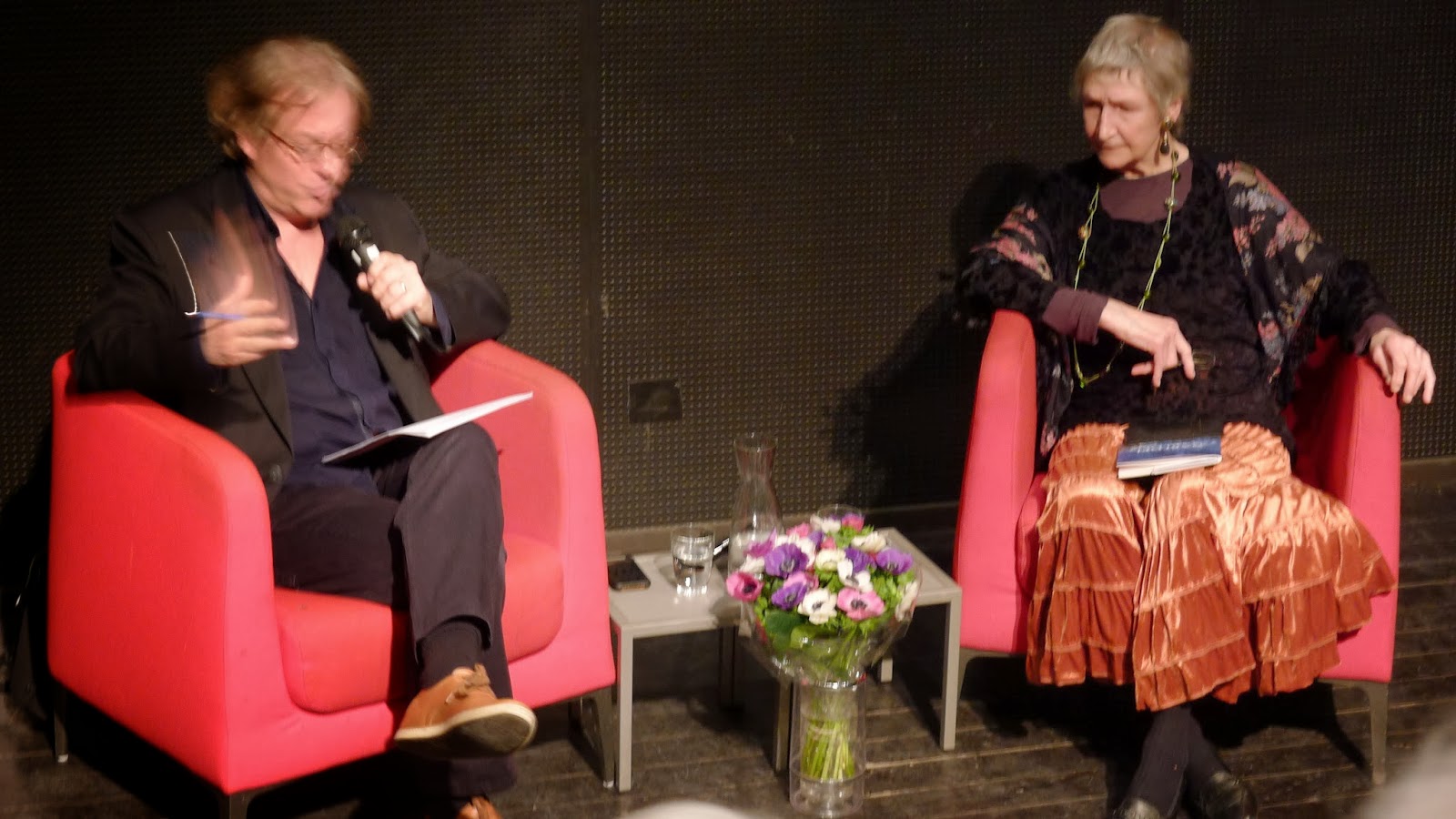 Currently she is working on her memories...
In Lucienne a poem will usually come about because of a word she found, a word which opens the possibility of saying something new, or in a new way. Very often after the first poem a second poem will come and it might even turn into a cycle of poems, or even a whole book. She was part and parcel of several literary movements like Labris, yet she distanced herself from those, being too much of a rebel, of an individualist. With age comes more and more introspection and also loss. A poem in my translation from her last book: Nabloei

I'll quarantine death
now the bleakness of a new season
robs the light of its overtones
when in the night a blackened child
closes off the crossroads where the past thrives.

So life, reckless as an endangered spring,
can shoot up in a wild bush
in all nerve knots
I give free passage to the word
raging in seas a self-lighting sea.

Posted by Tumbleweed at 9:39 AM