a yawn on stone 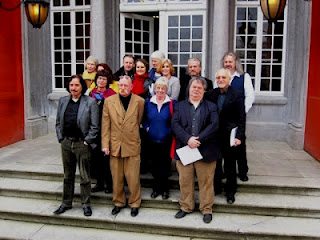 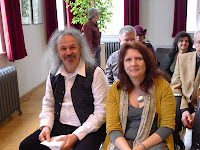 The district of Hoboken had together with Frank com up with an interesting formula. The event started with a light breakfast for poets and audience alike. 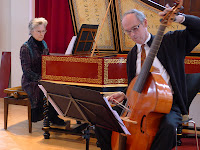 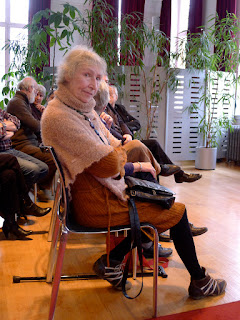 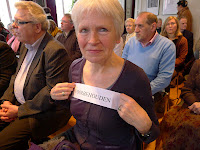 Rose on her eserved seat an Lucienne chilling out before reading.

I had often wondered  why this instrument was called viola da gamba. Well now I saw it: The instrument doesn't rest on the floor like a cello. It is clenched between the legs and kind of rests on the lower leg. I love the sound of this instrument.

Yet I love the sound of a human voice even better, I like to listen to poets reading: excellently like Lucienne or Peter. Yet even poets reading badly tell me some thing extra about their texts. But of our bunch all who read did well. 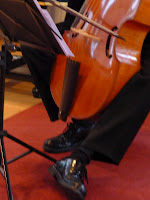 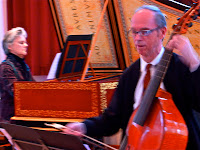 Of course poets are part of our troubled society: thus we had the empty chair for Lui Xiaobo, being a prisoner of conscience. And I, i once again could help mysel and uttered as my final words: and more over i m of the opinion that Nato should be abolished. The audience was silent, then laughed and applauded.
Posted by Tumbleweed at 4:37 PM