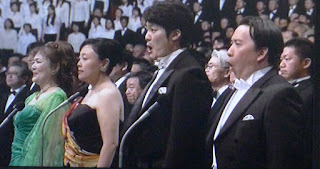 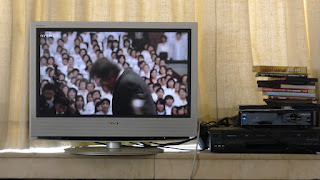 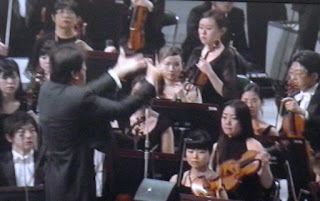 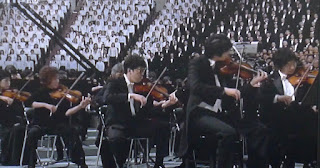 To commemorate the people lost in Japan last year, to struggle through grief and coming out on the side of joy the choir of the 10.000 was brought together to perform the ninth of Beethoven. The message of Schiller text seems to resonate: relearning joy, being ein Held zum ziegen, a hero who overcomes all difficulty. This performance was aired on Arte and was moving.

Now humans cannot avoid earthquakes or tsunamis but we can avoid nuclear power to make matters worse so: